In essence, standart Gruit Ale is primarily a combination of three mild to moderatly narcotic herbs:

But for centuries brewers have used more than 64 plants in their beer recipes. Of these:

Perhaps what has made Hops so popular with brewers is that it covers all bases, being aromatic, bittering, antiseptic and medicinal. Other than Hops, only four plants would by themselves qualify in fulfilling all 4 functions :

Their origins are essentially European. The Asian plants which arrived in 11th century Europe became widespread by the 16th century, in reduced proportions however. After the 16th century, American plants such as sassafras (aromatic and antiseptic) also made their way into beer recipes. 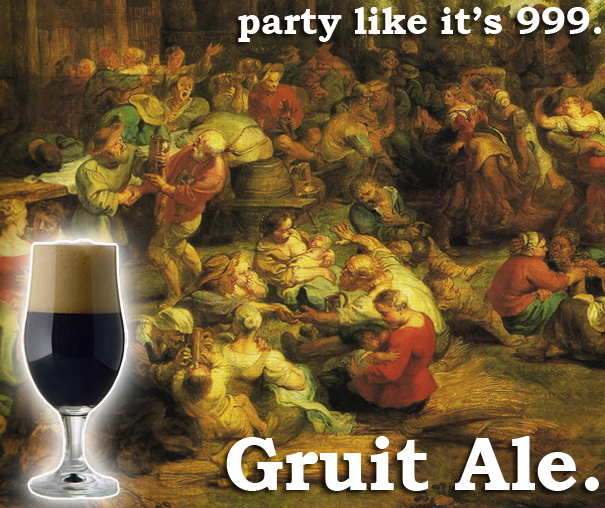